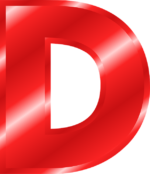 Although this word could be interpreted as a bad thing when it comes to a team, it is actually beneficial to have a deviant amongst the members.  A deviant is the person that “departs from the norm”.  In other words, this individual plays a devil’s advocate by questioning and/or challenging other members of the team to look at a situation, problem, or process differently.

As an example, the team may have decided to have a customer appreciation event that would be held outdoors.  Everyone agreed on the setting, food, drink, etc., however, the deviant brings up the issue of the weather and the need to have a Plan B in case it rains or is too hot.  Some would view this as a person being negative but in reality it is always a good idea to have a backup plan.

Too often though when a major initiative is under way team members may want to review alternatives when things are not going to plan.  They may feel that they need to keep “plugging along” to its conclusion but too often the end result is a disaster.  By having one or more deviants in the group, problems can hopefully be addressed quicker and changes can be implemented faster. Unfortunately some team members may disregard the deviants’ point of view because of fear, laziness, or other issues and continue with the existing process regardless of the outcome.

Another plus of having a deviant is that it can spark innovative thinking.  Deviants do not like mediocrity and enjoy being curious.  They may take a roundabout way to view a situation by going off on tangents.  By doing this, they have the potential to uncover issues that were not thought of before.  Many new products were “discovered” by someone on a team considering alternatives.

The problem though is that deviants strive to see things differently which can make others uncomfortable.  As humans we want to feel accepted and so in a team dynamic it seems easier to go along with others than to feel left out.  An effective leader needs to encourage the team to not only listen to a deviant’s point of view but also respect their opinions.  There may be a multitude of reasons why the team does not go along with the deviant but it is critical that the ideas are at least reviewed and considered.  It is true that deviants can be stubborn when making their case which adds a layer of complexity to the whole situation.  The bottom line is that there are definite positives to having deviants on a team so a true leader needs to encourage all to voice their opinions.