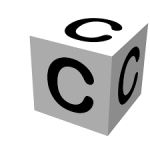 When dealing with different personalities, genders, backgrounds, etc. there is bound to be conflict within a team.  The issue is that most people do not like to deal with conflict, but it can actually be helpful.  Conflict arises when there are opposing viewpoints or actions between the team members.  It can be something as simple as a disagreement over a minor change in a process to friction over a major initiative that someone wants to implement.

Regardless of the issue, the best way to deal with conflict is for team members to discuss the issues openly and fairly.  Instead many people want to avoid these critical conversations at all costs, or directives have been put in place at the corporate level that can’t be shared with everyone.  Keeping lines of communication open at all levels reduces friction, gossip, and rumors.  To do it properly, the messaging must be not only accurate, but consistent in its presentation and content.  Too often, communications are vague and misleading which potentially makes the conflict even bigger than when it started out.

The other problem is that certain companies have cultures where conflict gets “brushed under the carpet.”  This can also lead to incorrect speculations and possibly fear within the team.  Leaders need to understand each team member’s perspective on an issue and get his or her feedback.  They may be perceiving the conflict completely different than what is actually happening, or they are possibly interjecting their past into the situation.

The best way to start resolving a conflict is to make sure everyone understands the root cause of the disagreement.  There may have to be several discussions about this to finally get to the real issue.  The team then has to understand that everyone may not have the same opinion on how to deal with the conflict, but it should be agreed upon that each person has an opportunity to voice his or her opinion and be respected.

The final outcome should be one where everyone feels it is a win-win resolution.  It probably won’t be a 50-50 win, but at least the team members should feel that they were part of the process, and that they are willing to forgo some things for the better of the team in order to create a more cohesive work environment.  If all else fails, bringing in a third party, i.e. human resources or consultant, may help for larger conflict resolution.