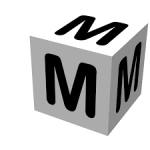 We live in a world where there is so much information thrown at us that one would think that everyone would open their minds to different possibilities, however, this is not the case.  Instead it appears that the more data we gather, the more some people retrench and stay true to what they believe.  It is this type of mindset that can be detrimental to a team and more importantly an organization.

Leaders need to understand all of the nuances of their teams, but it may be difficult to ascertain others’ attitudes, moods, etc. all the time.  One little thing could trigger a team member to act very differently in the moment by either getting angry, retreating, or doing something else which is totally out of character.  This action can then set off other team members resulting in disastrous results such as rumors, gossips, or factions being formed.

How does a leader or anyone on the team alter another’s mindset?  How can one foresee all of the possibilities that could set someone off?  The reality is that one can’t.  The best a leader can do is to be as transparent as possible; they should set an example but there are too many leaders that are the opposite – they are egotistical, they show little empathy, and/or they feel that “everyone will work it out”.  This will definitely create a toxic work environment that may not be able to be repaired unless some leave the team which could include the leader.

Once a new leader and/or team members join the group, it is important to understand first how others process the information they are given.  Some will react quickly which can have the effect of everyone joining in because no one wants to be the deviant.  Others may be conscientious dissenters where they go to the leader right after a meeting to voice their concerns because they did not feel comfortable bringing it up in front of the whole group.  Lastly there are others that need more time to reflect.

Once everyone has disseminated the information and voiced their opinions, leaders need to come to mutual ground.  This is a collaborative approach which can take some time to come to any conclusions.  In some cases, time can be the enemy because decisions need to be made more quickly but to achieve an overall cohesive environment, it is important to make this a priority.  The most effective teams continuously strive to check in with others, gather feedback after a project, and are sensitive to others’ moods especially when that person is not acting like their normal self.  This creates trust, empathy, and respect for all.  Isn’t that the goal of a team? If done correctly, team members show pride, are happier, and in the end produce better results.  It is a challenge at times but well worth the effort because it not only achieves increased profitability but also is important for each team member’s well-being.