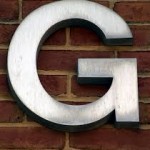 Think back to when you were a child and you had ideas that you wanted to share with your friends about what to do that day or a game you wanted to play.  There may have been times when the “leader” did not like your ideas and got the rest of the group to go along with him or her.  The same holds true in the business world.

Groupthink is “a psychological phenomenon in which people strive for consensus within a group”.  This may be beneficial at times because a team wants to set goals for the group as a whole that need to be achieved.  In reality, however, what really occurs is that people put aside their own feelings and maybe even their values to adopt the opinions of the rest of the group.  These people who are opposed to the decisions remain quiet so as to not create conflict. In other words, they would rather “keep the peace” than go against the group.

Some may argue that groupthink is acceptable in some circumstances but in reality, it stymies creativity.  As we explored with the concept of deviants, it is always beneficial for a team to have one or several people bring up concerns or question a process so that a problem can be seen from multiple standpoints, resulting in the best solution coming to the forefront.  If everyone constantly practices groupthink then progress may never occur, and everyone works in a status quo environment.

Why does groupthink even occur?  The reason is fear.  Many people may not admit this but they are afraid of being vulnerable.  The potential for their ideas to be ridiculed and/or outright dismissed is so great that they are not willing to voice their opinions but instead just go along with the group.

Effective leaders need to understand all the dynamics that are going on in their team.  In addition, they need to create an environment where everyone feels that they will not only be heard but also respected no matter how outlandish an idea is.  Some of the greatest inventions and concepts were from those who went against the group, but it is a risk and it takes guts.  For some that is too great a chance.

A good method to avoid groupthink is for the leader to hold off from stating his or her opinion and encourage team members to devise their own individual ideas.  By doing this, it curtails the feeling that everyone has to agree with the boss. If one person is still reluctant to express their thoughts to the group initially the leader could meet with that person separately at first.  Bringing in an objective third party to play devil’s advocate may be another option; by doing this that person can possibly raise questions that others were thinking but did not want to come off as stupid or naive.

Regardless of how leaders operate it is important to avoid groupthink in most cases.  Achieving consensus is one thing but having some feel that their opinions will not be valued is something completely different.  Leaders also have to figure out why certain people are so quick to accept other’s opinions; in other words, a clique within the team may have already created their own agenda or thoughts ahead of time so will coerce the people outside of the clique to go along with it regardless if it is a bad decision. It is a challenging conundrum but one that needs to be addressed on the outset otherwise the decision-making process will become stagnant and based more on the fear of speaking out versus what is best for the organization.