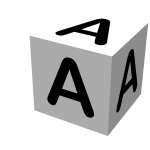 I think most people would agree that when you think of the word allegiance, you think of our country – “Allegiance to the flag of the United States of America…”  It is the sense of loyalty and devotion that we exhibit coupled with a sense of pride and honor.

Team members must also have an allegiance to their group to have a cohesive workplace.  However far too often, some people have allegiance to a few in the group and exclude others.  They also may have allegiance to “the way we always did this” and are not willing to adapt to new systems, procedures, or management.  As a leader, it is challenging to get all team members to see the bigger picture and that their contribution helps the overall goals of the organization.

The other issue is that the world is moving faster by the moment so leaders feel pressure to get things done “yesterday”.  To do this, they expect that everyone on their team will adapt to the changes being implemented quickly, but that is not always realistic.  Each person has their own way of processing things, so it may take some longer than others to work through these changes.  As an example, introverts tend to be quieter but that does not mean that they are shy or don’t like change. Instead they need to process the new information for a period of time and then react accordingly.  This approach may frustrate some leaders, however these introverts may recognize some problems or issues that were not addressed before, and actually may have some new or better ideas on how to move forward.

Think about when you were in school and you had your group of friends that you would hang out with on the playground.  Now a new child starts at your school and it is suggested by the teacher that you include this child.  At first all of you may have been reluctant but over time your group accepts this child because he or she had fun toys or knew how to do something that you did not know how to do and they taught you.  Another reason could be that this child was a lot like you.

The latter reason is very common.  We tend to gravitate to people like ourselves.  This is fine except in the workplace where it is rare that everyone is similar to you.  Leaders also need to recognize having a diverse team brings new ideas but also new challenges.  They need to identify the strengths of each team member and leverage those across the team.  They also need to be sensitive to the dynamics being played out amongst members and address problems and/or misunderstandings quickly and efficiently.  Unfortunately many leaders turn a blind eye or are so disengaged with their team because they have their own priorities and issues that they are dealing with.

The bottom line is that it takes time to build allegiance to any group.  Everyone on the team must understand that not everyone will be friends but they need to figure out ways to work effectively.  Occasional ice breakers in team meetings where everyone can learn new things about an individual are not only fun but also can bring a sense of camaraderie to the group.  Hopefully team members will get a better sense of how others operate and gain more appreciation for the work each one does.